Enduring the Elements is an exhibition of paintings and drawings by two artists, documenting two very different industries, linked by the hard work and danger involved in each trade.

Derek Slater was born in 1948 in a mining village in County Durham. When he left school aged 15 he was employed as a miner at Mainsforth Colliery.

Derek left the pit before he was due to start on the coal face and got a job as an apprentice fitter. After working at several jobs he returned to work at the National Coal Board until he became redundant in 1994.

Derek then went on to study Fine Art at the University of Sunderland.

The accumulation of 25 years working in the coal industry encouraged him to chronicle scenes from this industry, capturing the cramped and hazardous working conditions of the miners in his paintings.

Andrew has been documenting the Scarborough Fishing Industry since 2000.

In 2004 he converted an empty baiting shed on the harbour’s West Pier into a studio. During this period he has witnessed Scarborough’s fishing fleet change drastically, with owners selling both boats and gear. There are now no large trawlers operating out of Scarborough, with the fleet consisting mainly of cobles potting for crab and lobster and just a handful of under 10 metre trawlers.

Whilst at first the fishermen were wary of him – thinking he was checking their quotas when stood sketching them – they are now used to him drawing and he has accompanied them on fishing trips, sketching them working out at sea.

The sea has been a constant throughout this time.

He has been artist-in-residence at Knaresborough Castle and in Rosedale on the North York Moors.

The exhibition is at the Pannett Art Gallery in the beautiful Pannett Park until 28th June 2016.
The gallery is open 9am – 5pm Monday – Saturday and 9.30 – 4.30 on Sundays.
Last admission is half an hour before closing.

Admission to the gallery is Free. 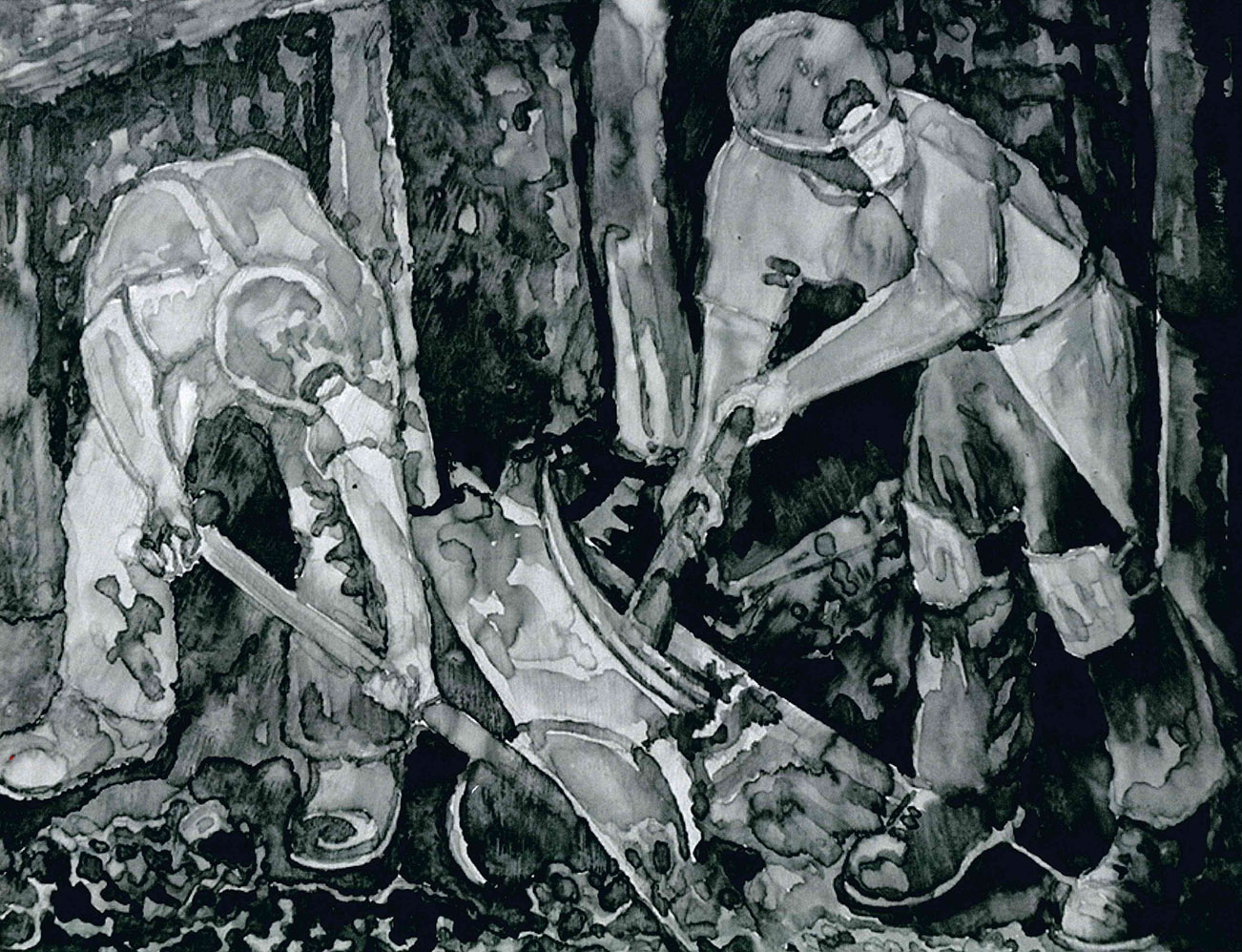