For a limited period of time 12 lanterns from Whitby Town Council’s Whitby Christmas Festival community lantern parade will be on display at the Pannett Art Gallery.

These amazing lanterns are quite large scale. The tall ones stand at over five foot high and the boats are over five and a half foot long. The two sections of the Whitby lighthouse and pier are a total of over eight foot long. These attractive, brightly coloured lanterns were beautifully lit up with LED lighting during the parade, but even in the gallery they make quite an impression.

Seven local schools worked with local theatre company Animated Objects to create these spectacular lanterns which include representations of iconic Whitby sights. The groups of young people who created these sculptural lights then carried their creations from Pannett Art Gallery to the Marina Car Park in a procession that attracted over 700 people on the night of Friday 18th November.
Stakesby Community Primary School made two beach hut lanterns in red and yellow, and a further blue beach hut was created by West Cliff Primary School along with the magnificent set of Whale bones. Pupils from East Whitby Community Primary School created the Whitby Abbey lantern in three sections and the light house lantern was created in two sections by the pupils of Airy Hill Community Primary School.

The Whitby Festival logo, designed by Media Vision, was recreated as a lantern at a workshop at Eastside Community Centre and the pupils of Eskdale School made a beautiful Christmas Tree lantern.

Animated Objects also ran a workshop at Whitby Library where participants made their own individual lanterns.

So if you missed the parade or you would like a closer look at the lanterns then come along to the Pannett Art Gallery before the winter break. The Gallery is open Tuesday – Sunday 9.30am – 4.30pm, Closed Mondays. Please note last admission to the Gallery is half an hour before closing time.

The Gallery will be closed 23rd December until 2nd January, re-opening on Tuesday 3rd January 2017. 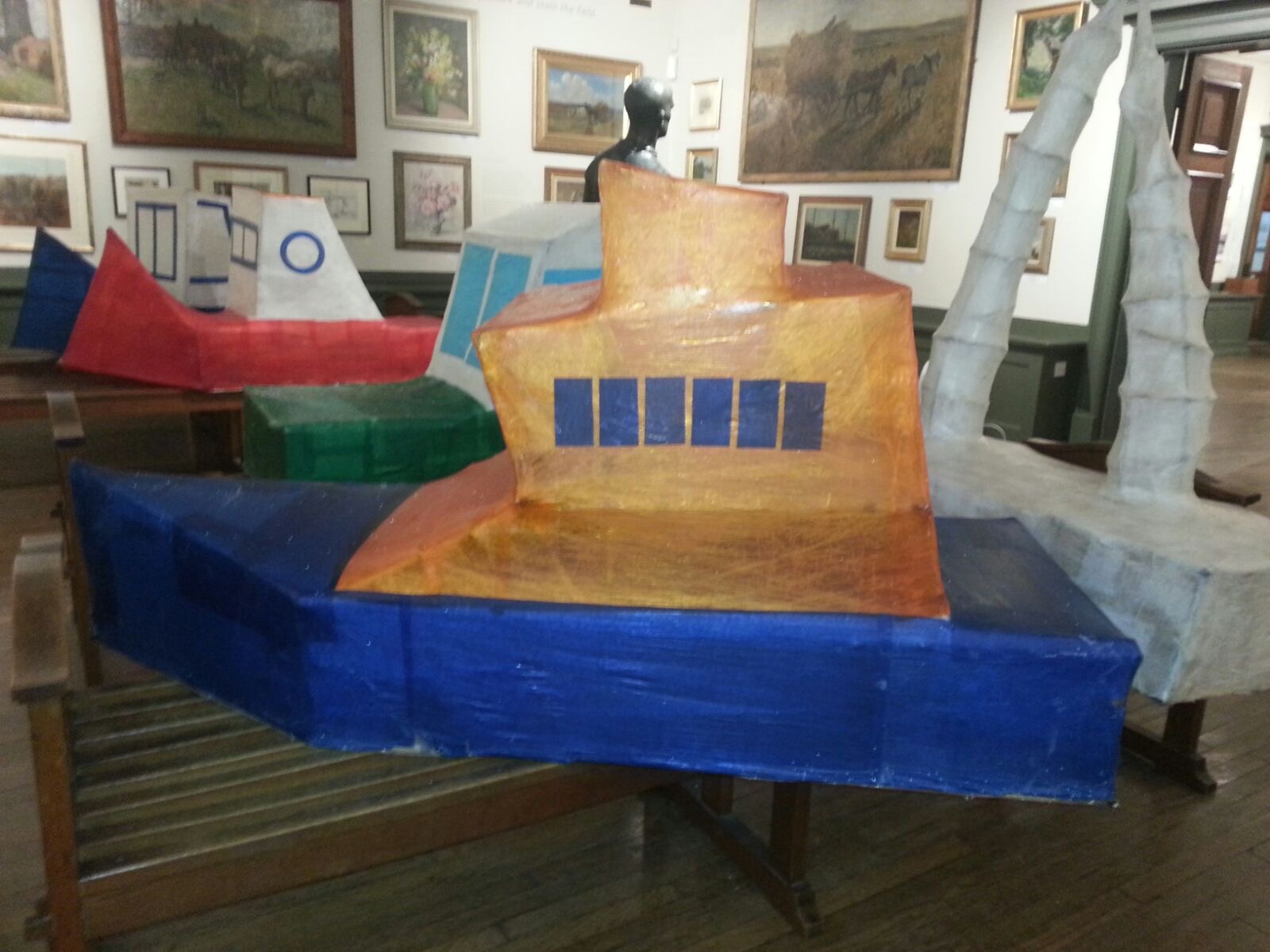