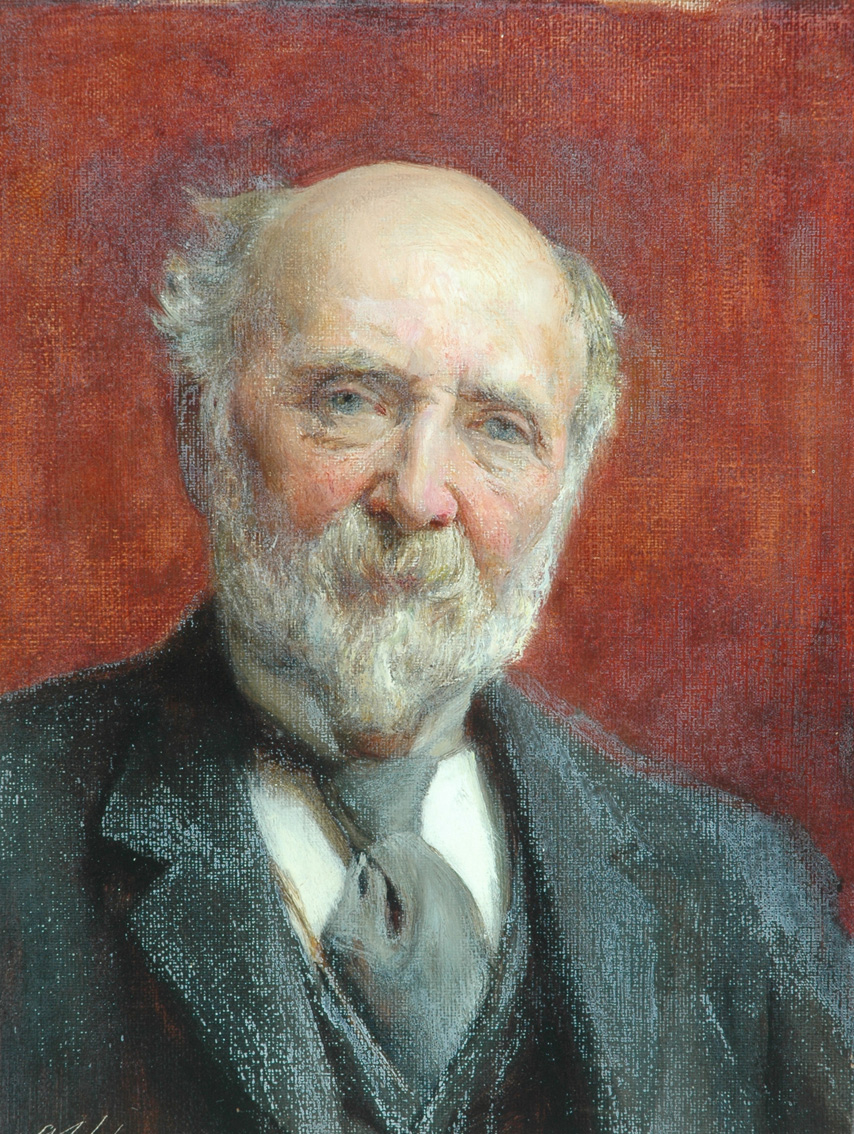 If you have any further information, stories or anecdotes about the artist, or any of the members of the Staithes Art Group, we would love to hear from you. Please contact us by email: [email protected]

London born artist Arthur Stockdale Cope trained in art at Cary’s Art School before moving to the Royal Academy schools. He became a successful portrait painter, exhibiting 288 works at the Royal Academy and the Royal Society of Portrait Painters between 1876 and 1935. His sitters included Kings Edward VII, George V and Edward VIII, as well as Kaiser Wilhelm II and the Archbishop of Canterbury.

His high-profile works and successful style won him many honours: in 1900 he became a fellow of the Royal Society of Portrait Painters; in 1910 he was elected Royal Academician; and in 1917 he was knighted. Cope also set up and ran an art school in South Kensington. His pupils included  Vanessa Bell one of the central figure of the Bloomsbury Group.

Pannett Park and The Pannett Art Gallery exist thanks to his tremendous generosity as the Park and Art Gallery were built with money and assets he bequeathed, for the benefit of the residents of and the visitors to Whitby.

Robert Pannett lived in Whitby throughout his long life except for the ten or eleven years which he spent in London studying law.

Robert Pannett also spent much of his life in local government and held many positions of responsibility. After 22 years as Clerk to the District Local Board he became a County Councillor and later Alderman. He sat on several committees and would have spent many hours on the long train journeys to Northallerton. He was a J.P., a Director of Whitby and North Yorkshire Building Society, Chairman of Whitby Waterworks, a life Governor of the Cottage Hospital and a supporter of many charities.

Robert Pannett became one of Whitby’s most generous benefactors. He was interested in various economic activities and was particularly interested in Education. His many achievements and gifts to the town include establishing a well-built and well equipped senior school in Whitby.

Alderman Pannett was also a great supporter of literature and art. He collected paintings and artefacts, some of which he bought on his travels to London and abroad. Many of these formed the basis of the Pannett Art Gallery collection.

Much of Alderman Pannett’s book collection is now housed in the Library of the Whitby Literary and Philosophical Society at Whitby Museum.

Robert Pannett is buried in Whitby Cemetery where a plain gravestone marks his grave.

On the 100th Anniversary of his death we thank him for his great generosity and foresight, providing us with a fabulous park, a wonderful art gallery and beautiful paintings which will continue to be enjoyed by many generations to come.