The Fylingdales Group of Artists

On Wednesday 31st of August the 84th Annual exhibition by The Fylingdales Group of Artists will officially open at Pannett Art Gallery, Whitby.

A total of 66 paintings, drawings and original prints will be exhibited.

The Fylingdales Group of Artists have been in existence since 1925, initially formed in Denton Hawley’s studio in Robin Hood’s Bay with just 8 members, their aim being to exhibit Yorkshire pictures With the wealth of artistic endeavours found locally the membership increased to 12 in 1926.

The first meeting of the Group was held on 25th June, 1925 followed shortly by the inaugural exhibition which was held in the Church Rooms, Robin Hood’s Bay. Dame Ethel Walker, A.R.A., Owen Bowen and Ulric Walmsley were among the founder members of the Group. In 1929 the membership was increased again to 16 artists, then to 20 in 1938. With the second world war looming the group disbanded holding its last exhibition in 1939. Due to the tireless efforts of Mr. Harold Todd the group was brought back together with an Exhibition in 1948, Mr Todd served as Secretary for many years. Membership was again increased to its present number of just 22.
The Group usually hold one Exhibition per year at Pannett Art Gallery, Pannett Park, Whitby, the venue being first mentioned in the Group minutes in 1952.

We meet as a group formally once a year after our Annual Exhibition. A glance at our list of members will show that we are scattered over a large area, it is quite a measure of strength of the group that Members are prepared to travel quite long distances to attend our Annual General Meeting. The main bond between us is a love of Yorkshire, its coastline and of painting.

At each Annual exhibition the Group ask two ‘invited artists’ to exhibit along side the Members, Kane Cunningham and Lynne Wixon have been asked to hang three pictures each for the 2016 Annual.

Christine Pybus at work. Her painting adorns the colour catalogue for 2016 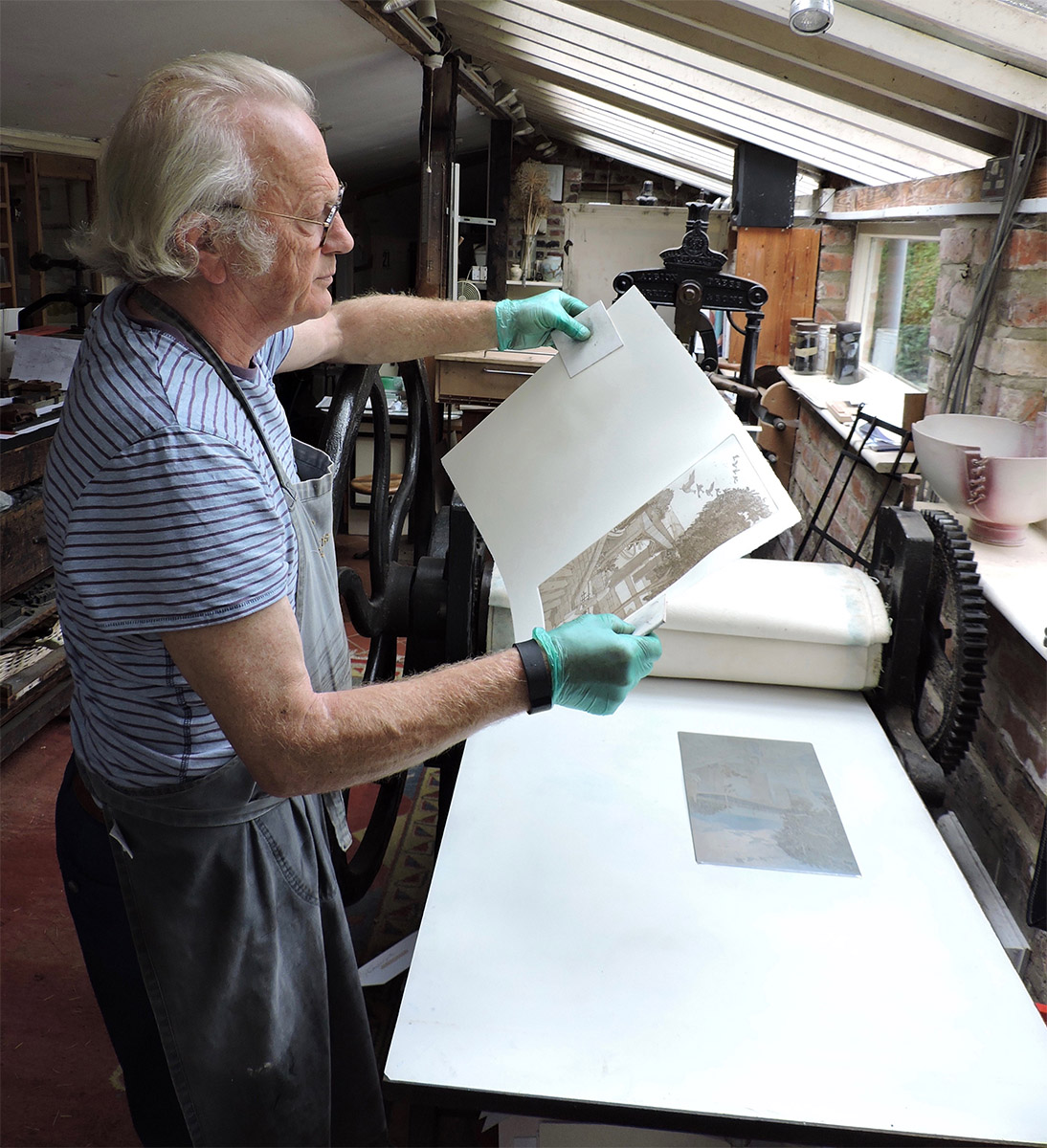 The Secretary Michael Atkin in his workshop printing an original print.