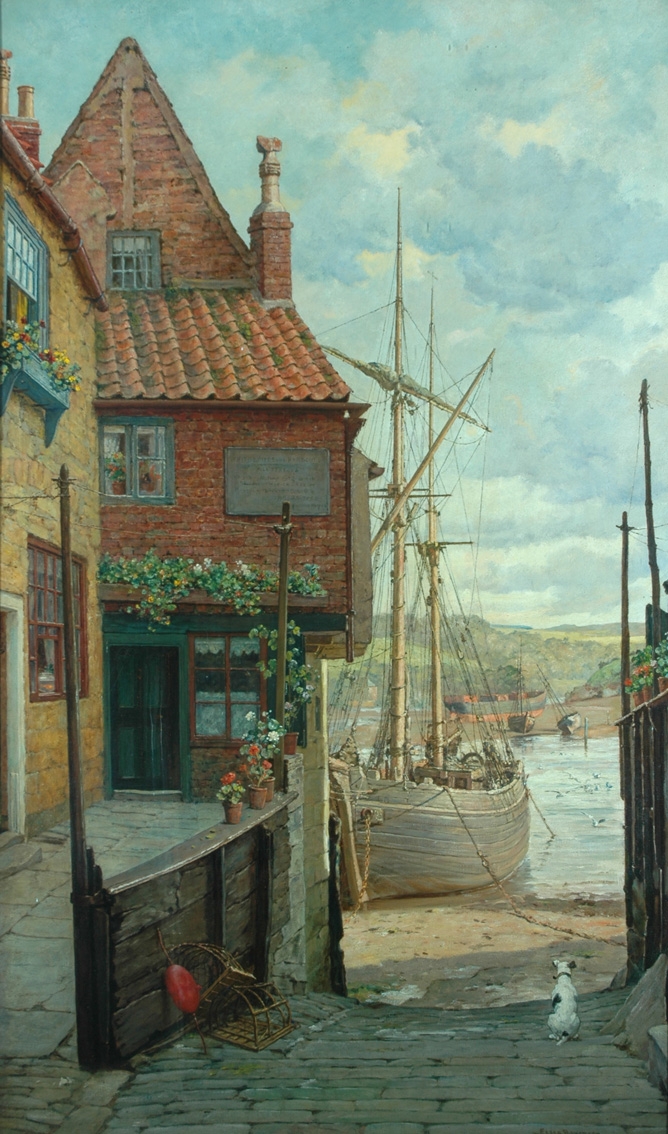 Elias Mollineaux Bancroft was born in Cheshire.  He studied at the Royal College of Art and later taught at the Manchester School of Art. He is known as a landscape painter but his paintings often feature the buildings and the life of the local people. He mainly painted in London, Wales and Whitby.

He was married to Louisa Mary Bancroft and was President, and then later Secretary, of the Manchester Academy of Fine Arts.  He often exhibited at Manchester City Art Gallery, as well as at the Royal Academy, the Royal College of Art and elsewhere.

This intriguing painting shows us Tin Ghaut, Whitby, which was a slipway between the houses on Church Street, leading down to the harbour.  Tin Ghaut was demolished in the 1960’s but Bancroft’s painting is full of fabulous details that help us to understand what it was like.  I particularly like the little dog, waiting patiently for its master, and if you look closely at the house on the left of the painting you can see a goldfish in its bowl on the windowsill.

If you have any further information, stories or anecdotes about the artist, or any of the members of the Staithes Art Group, we would love to hear from you. Please contact us by email: [email protected]