Isabella (Isa) Jobling (nee Thompson) was born in Newcastle and studied at the Newcastle Government School of Design before going on to study art in Paris. In 1892 she began exhibiting at the Royal Academy and also exhibited at the Royal Scottish Academy, the Bewick Club, the Suffolk Street gallery, and with the Royal Society of British Artists. In 1893 she married the artist Robert Jobling and together they lived in Whitley Bay. They were important members of the artist’s colony at Cullercoats, near Newcastle. They regularly visited Staithes and were soon accepted as part of the Staithes Group of Artists. 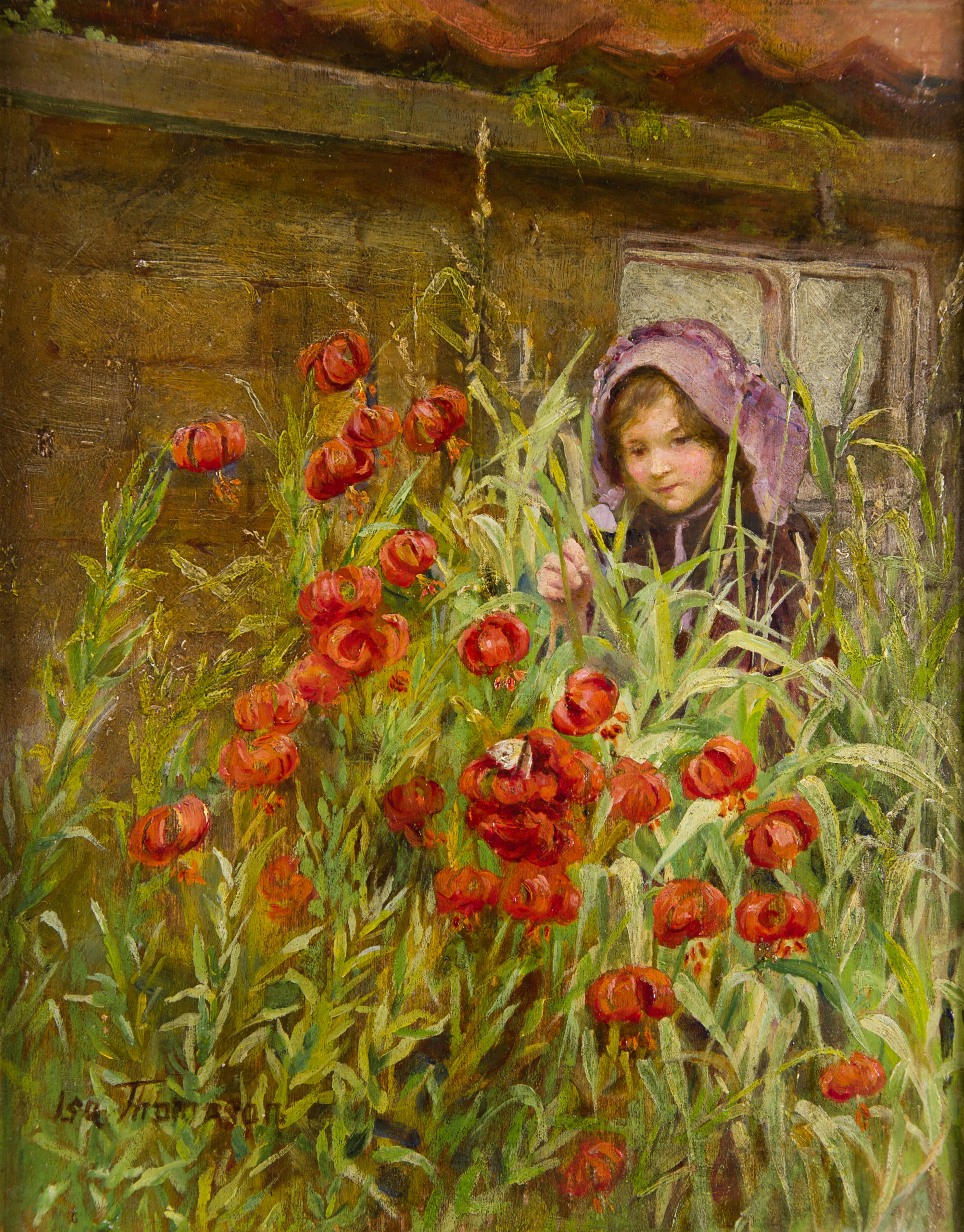